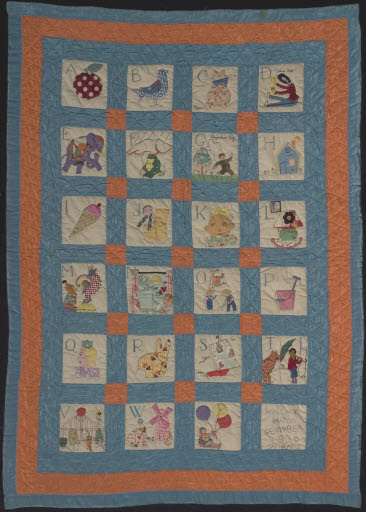 Frankie's son gave her great joy, expressed in this ABC quilt made when he was 4 years old. She relied primarily on a pattern series published weekly in The Spokesman-Review, but added her own touches with children's book illustrations. Frankie died peacefully at 105! 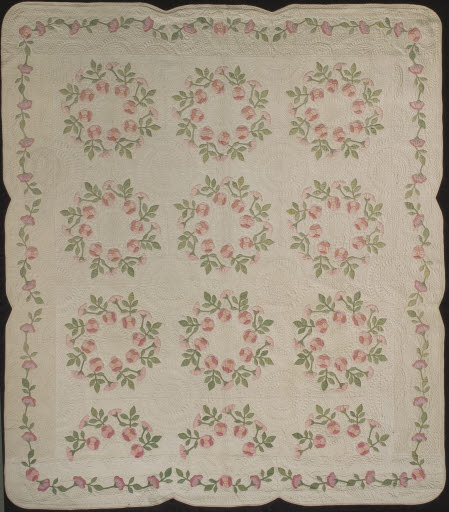 Susan chose a Marie Webster pattern and fashioned pink cotton sateen apple blossoms with leaves and vines in three shades of green. An Amish group in Pennsylvania quilted the piece. Family members that donated the quilt noted that "Susie looked old fashioned, but smoked, used profanity and always had an electric sewing machine." She died at 91 in 1954. 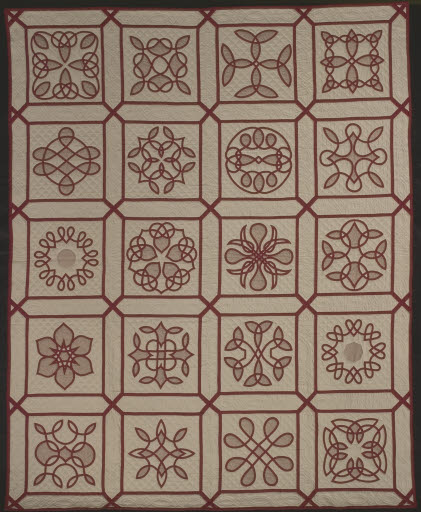 Drawn to needlework at an early age, Beth has done many beautiful embroidery pieces. Her quilter grandmother Alena Francis Strommer French inspired Beth to take up the craft during the 1960s. She dedicated this Celtic Knots quilt, made in the 1980s, to her husband John's Irish heritage. Each block is different and carries a different symbolism. 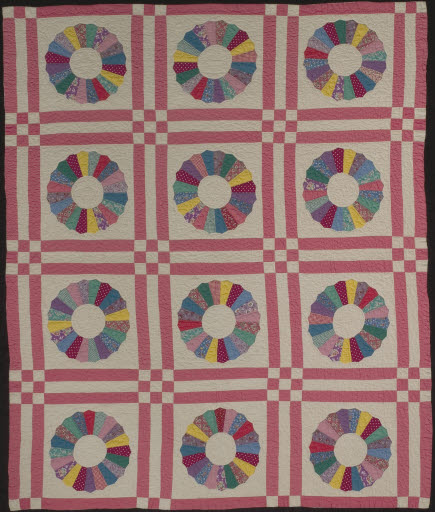 Inspired by the aristocratic jeweled "dresdens" and fine china plates of Europe, this pattern was a perfect way to use scraps. Every petal could be different! After her husband died in 1936 Sarah Greenlee left the Spangle farm for Spokane and opened a boarding house for young girls. Around this time she pieced quilts for her three grandchildren and gave them to her daughter Bertha Hall to finish. Only after Bertha herself was widowed in 1953 did she find time to quilt them. She gave this one to her son William Hall. 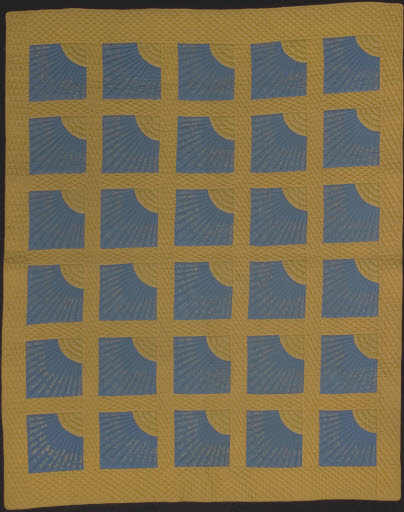 Produced during the 1930s quilt-making resurgence, this piece was a fundraiser for the Arion Singers group associated with Spokane's German American Society. For $1, supporters had their names embroidered onto the quilt. Gertrude Blank was the lucky name drawn to win the quilt. Records suggest that master seamstress Frieda Faehnel assembled the quilt. 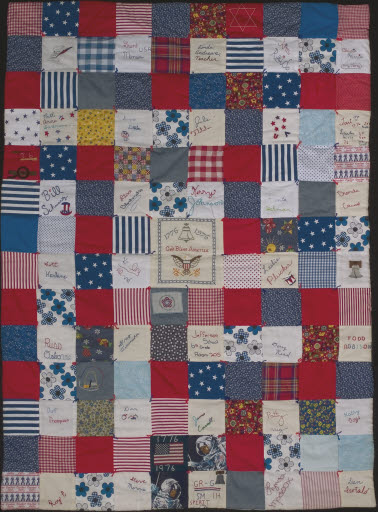 Students of the 6th Grade embroidered blocks and brought fabric that was incorporated into this red, white and blue Bicentennial quilt. Many of blocks include patriotic motifs and sayings with the students' names. 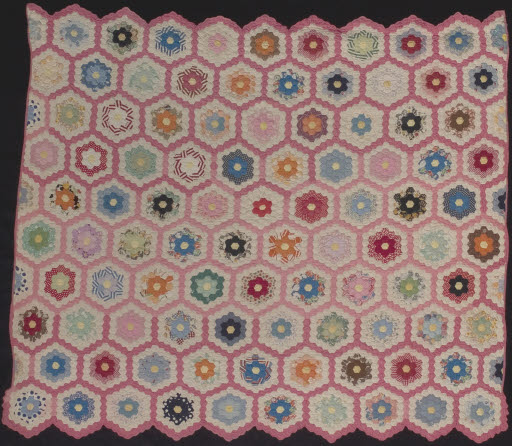 Typical of the many flower garden quilts produced in the 1930s and 1940s, this one contains very common household fabrics. Can you find the printed "feed sack" fabrics? The loosely-woven fabric sacks contained chicken or rabbit food purchased at the local feed store or warehouse. Homemakers recycled them into clothing, curtains and towels, using the scraps for quilts. 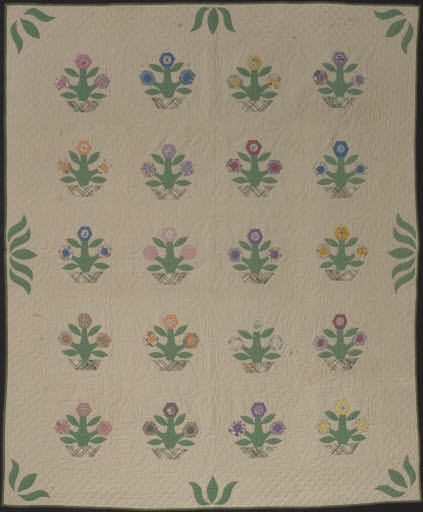 Around 1930 Edith used a variety of fabrics for flowers, appliquéd to blocks. The stems and edge motifs are of green fabric produced during the 1930s and recognized today as "Depression Green." Quilt makers could order a variety of patterns during the '30s through local newspapers that featured a syndicated column from the Kansas City Star. Later, Marguerite Ickis identified this pattern as a variation of the Flowers in a Pot design in the 1949 Standard Book of Quilt Making and Collecting.