Campbell House will be closed for the month of January to complete repairs and maintenance projects and to prepare for the historic home's 125th anniversary.

This federal law asserts that human remains of any ancestry should always be treated with dignity and respect. It also acknowledges the rights of Native American communities, recognizing tribal authority to influence outcomes and exercise traditional responsibilities.

NAGPRA states that graves and ceremonial and sacred objects belong first and foremost to lineal descendants and to Native American tribes. All Institutions that receive any federal funds, including the Northwest Museum of Arts and Culture, are required to consult with tribal representatives and to provide information that may lead to the repatriation of culturally sensitive holdings.

In addition to human remains, the following types of material are protected by NAGPRA:

Consultations take several forms: inquiries for additional information on collections; visits to the Museum to view and discuss cultural items; arrangements for physical repatriations; and co-curation, with an emphasis on traditional care.

With this law, Congress sought to encourage a continuing dialogue between museums and Native American tribes and organizations and to promote a greater understanding between the groups while at the same time recognizing the important function museums serve in society by preserving the past.

The MAC welcomes consultations with Native American tribes, Alaska Native corporations, and Native Hawaiian organizations. We are committed to high standards of integrity and fairness in our efforts and strive to understand and respond to each group’s goals.

For NAGPRA inquiries, please contact Tisa Matheson, Tribal Collections, at Tisa.Matheson@northwestmuseum.org or at 509.363.5343.

After several years of communication between the Central Council of the Tlingit and Haida Indian Tribes of Alaska and the Northwest Museum of Arts and Culture, a tribally appointed Tlingit delegation traveled to Spokane in 2018 to review the museum’s American Indian collection.

The Tlingit delegation identified 16 items of cultural significance in the MAC collection that qualified for repatriation under NAGPRA. The MAC was granted rare permission from Tlingit representatives to share many of these artifacts prior to their return to the Tlingit homeland. They were displayed in the exhibition Reclaiming Culture: The Tlingit and Haida Tribes of Alaska Repatriation from February 9-May2, 2021. 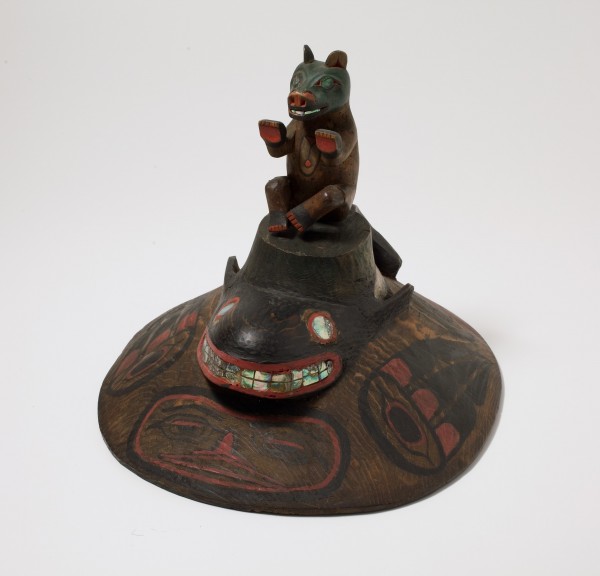